Post Your TEFL Job Today
- 10 sites for the price of one! 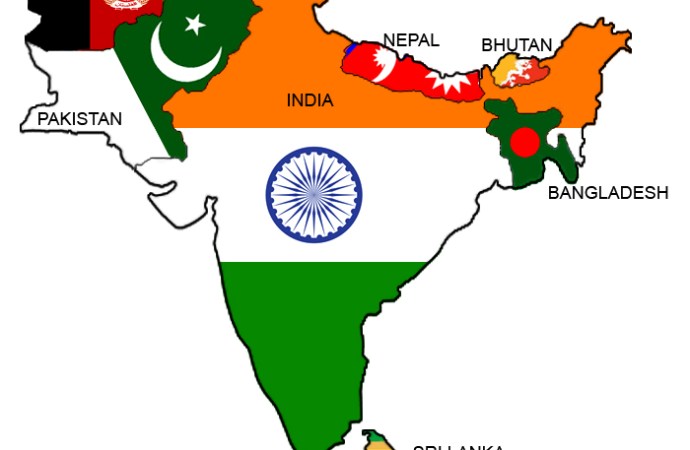 With the peak of globalization and the integration of markets across the world, learning English has become a necessary prerequisite for carrying out daily commerce on the global scene. There is no region on the planet that is experiencing as rapid economic growth as Asia. With a population of over 1.7 billion individuals, South Asia is also growing exponentially in number, only rivalled by African nations. Despite the recent economic surge, the region is still mired in poverty so expectations of making high wages should be tempered. However, having low living expenses and a culture that goes back several millennia, South Asia is ideal for TEFL instructors looking for a challenging, yet rewarding, teaching opportunity. Upon getting past the initial cultural shock, the friendly communities, bustling streets, and exotic food will make one feel welcomed and right at home. Having both the largest economy and population in South Asia, India is quickly becoming a prime target for TEFL practitioners. With over a billion citizens, there are plenty of individuals looking to learn English, and landing a job is fairly straight forward. Like the other nations of South Asia, education is highly valued in India and English knowledge in particular is sought after. Teachers, considered gurus, are highly respected and students are extremely hard working. English is officially the second language in India, after Hindi, and is taught in most government schools from the age of six. As such, knowing English is of great esteem in Indian society, and those who could afford it attend private schools to learn the language. Moreover, as a consequence of British colonization, the Indian populace is well versed in English and you should have a relatively easy time communicating with those in the community. With bustling markets and a robust tourist industry, you will meet people from all around the world and enjoy the sights and sounds of India such as the Taj Mahal, in addition to a myriad of ancient temples. Food made with exotic spices and herbs will satisfy even the most selective of palates, so make the most of it while you are there. Another powerhouse of the region, Pakistan is home to nearly 200 million citizens. Although political turmoil in the northern regions of the country in the new millennium had dampened economic growth, recent positive trends have brought increased commerce to the region. The stability and relative prosperity has resulted in a push to keep pace with the other major powers of the region such as China and India in all areas of society, leading to the government investing heavily in education. Much like India, the general populace is adequately versed in English due to the British colonial era. English teachers are highly sought after and one could expect a starting salary of $30,000 working at an international school. Accommodations are very affordable, with housing costing around $250 per month and a meal fetching $10. As the second largest Muslim nation in the world, Islamic traditions are followed in the country, and it would be wise to be well acquainted with customs and beliefs prior to embarking on your journey. For example, students are often required to leave classes early on Fridays to attend mosque prayer. In terms of etiquette, contrary to what you may be used to at home, direct statements are rarely given in Pakistan and it is often a source of frustration for foreigners who seek clear instructions. Furthermore, seniority is well respected and is bestowed upon the eldest in a party, whether it be a group of friends or family, to make decisions in the best interest of the group. As such, an adjustment period is to be expected, however, the savory food and close-knit communities more than makes up for it.

Similar to Pakistan, Bangladesh is a predominately Muslim nation with a large population. A vast majority of the 160 million citizens live in poverty, and without an integrated TEFL industry, it is often difficult to find a paid job. TEFL teachers often initially fund themselves doing voluntary work on tourist visa. Any desire to make an income would involve venturing into the private sector and seeking a private job at an English-medium international school in the capital city of Dhaka. In addition, TEFL teachers in Bangladesh are expected to take on one of the highest students-to-teacher ratio in the world, often teaching upwards of 50 students at a time. However, most practitioners find job opportunities corresponding to teacher training of local educators. Working in Bangladesh is a challenge for even the most ardent instructor, however if it is your passion to make a difference in a region of the world that is in desperate need of attention, Bangladesh is the destination for you. Despite the challenges, Bangladeshis are welcoming individuals who will embrace you into their homes as one of their own and provide you with all of the help that you require. Interpersonal relationships are highly valued in Bangladesh and it is often expected that you spend time and effort into developing and nurturing relationships with co-workers. Lastly, when it comes to students, there is a degree of professionalism expected, as students will often stand up when you walk into a classroom or when they answer a question. In return, a teacher must reciprocate by demonstrating appropriate reservation when interacting with her students. You’ll discover that as your relationships in these different roles grow and flourish you’ll begin to enjoy the community around you and the simple lives they live.

A booming economy has led to a rush among the nations of South Asia to learn English. However, despite the recent surge, many regions still live in impoverished and overcrowded conditions. As a TEFL instructor, you’ll have an opportunity to teach at private institutions or volunteer your time in rural regions. Whatever you decide to do, you’ll be making a great difference in a region of the world desperately seeking change. Education is the first step in putting behind a life of poverty, and it is up to you as a teacher to help those who most urgently need it. Mingling with the inclusive, tight-knit communities, enthusiastic vendors, and passionate students will demonstrate the light within these communities. Their smiles and future success will be your greatest reward.

The 5 Most Effective Methods of Advertising to Teachers

Once you have made your mind up that you want to sell into the education sector, you are going to need a really good strategy to get those teachers listening and engaging wi

What\\\'s the Difference Between TEFL Certificate and Diploma Courses?

Somewhere between scholarly studies of how people learn and the frontline experience of teaching, the issue of how TEFL/ESL learners actually acquire and keep lang

Is explicit formal instruction a hindrance or a facilitator?


Is formal instruction a hindrance or a facilitator? At the height of the Communicative Approach, Task-Based Learning and approaches whose emphasis was not on grammar, to reject or even suppress explicit formal instruction became fashionable. Some (Krashen, 1982; Prabhu, 1987) even went as far as cla

15 reasons why PPP is so unfashionable

Anyone who has ever taught using the technique of presenting the language, practising it in a controlled way and then giving students the chance to use it in a fre

Welcome to TEFL Jobs Overseas. We have the latest listings for teaching jobs overseas and a wide variety of other resources for professionals interested in Teaching English as a Foreign Language. You can find jobs, post a resume, advertise your private tutoring service, find lesson plan ideas and have discussions with other teachers working in a foreign country or looking for teaching jobs overseas.

TEFL Jobs Overseas has listings from around the web to help you find a job. You can search our listings to find jobs that are listed on several other websites. We have listings for opportunities to teach learners of all levels. You will find jobs with private schools, public schools and language learning schools in countries around the world. Whether you want to teach kindergarten or university, you can find a job Teaching English as Foreign Language here.

In addition to listings for teaching English overseas, our website contains information about Teaching English as Foreign Language, resources, a news service and lesson plan ideas to help you get started in the classroom. We also offer teachers the opportunity to post their resumes on our website and add your listing to our tutor page to help you find work tutoring private clients.

Please browse our website to find teaching jobs overseas and many other resources for TEFL teachers. You can search for opportunities for teaching English overseas in the region of your choice by selecting the area where you want to teach from the drop down menu or enter keywords into the search box to find offering jobs in that area.